EoD has got another huge update and it's first *free* modification (MOD).
Learn more about the MOD below.
The MOD comes with the main game Eve of Destruction - Redux VIETNAM and gets updated automatically!

Eve of Destruction - Redux VIETNAM
Nearly everything has been revised and a lot of changes have been made in nearly every map to make the gameplay more exciting.

Read more about the changes -i.e. the new headshot gameplay- in the Changelog below.

Brown Water Navy classic
This map is predestinated for boats and it has a lot of it!

Hai Van Pass
The most beautiful road in Vietnam is scene of a fictive battle.
The map also comes with a new game mode: Anti Air!
Jump into a ZPU-2 or the new ZSU 23-4 Schilka and get down some bandits from the skies! 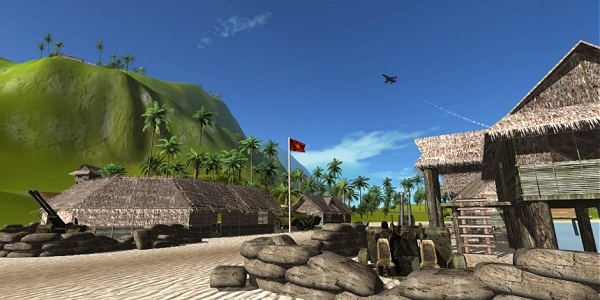 Pirates is a free modification for Eve of Destruction - Redux, which was inspired by the Battlefield modification 'Pirates'.
Everything currently in the Pirates mod for Eve of Destruction is obtained either from freely available assets, was purchased online or was self-made.
Pirates offers a wide variety of different ships and boats with a wide range of naval combat options. The ship's cannons vary greatly on firepower and it takes a lot of practice to be able to hit targets accurately.

Fight in huge sea battles against enemy ships or on land against bots with swords, pistols, axes and muskets.
You can even take a ride in a balloon to get behind enemy lines.

The game is currently available for Singleplayer only. Multiplayer may be added if there is enough interest.

The MOD comes with the main game Eve of Destruction - Redux VIETNAM and gets updated automatically!